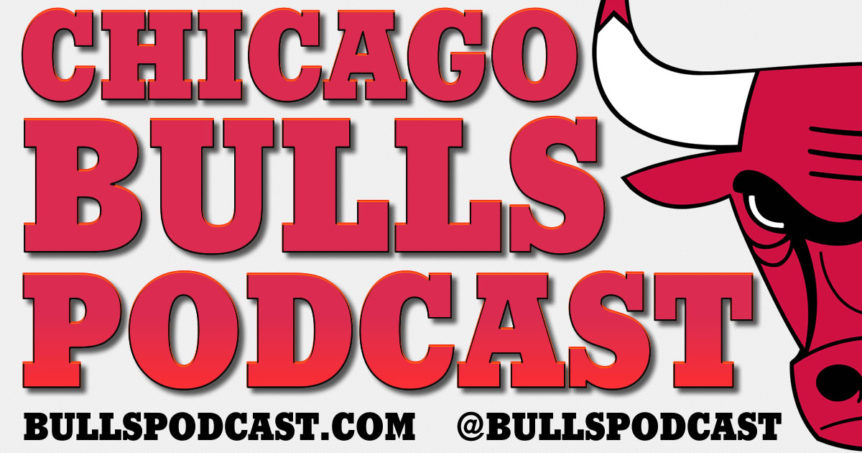 Welcome to the Bulls Podcast #3, coming to you at BullsPodcast.com. We are the official podcast for the Chicago Bulls fan. This is where we’ll be bringing you the latest news, reviews, rants, rumors and opinions on the players, coaches and front office of the Chicago Bulls.

I’m your host, Marcus Couch. And with me is our co-host, Mr. Wyse Black.

We’ve got a lot in store for you this episode. Including:

Parker wore a wide smile as he introduced Bobby Portis, Lauri Markkanen, Wendell Carter Jr. and others and then listened to Bulls director of player development Shawn Respert address campers on the importance of being good teammates.

Jabari wore a camper T-shirt rather than a supervisor T-shirt on purpose as he jumped from drill to drill, offering hands-on instruction at each station. He said this year’s camp had a bit more significance now that he’s a Bull.

Parker also hopes to bring Chicago’s youth some joy with better Bulls basketball this winter. He has been working out at the Advocate Center with his new teammates since signing his two-year, $40 million deal. That Portis, Markkanen, Carter and others surprised him with their appearance touched him.

“It’s going to take time to build that chemistry and those relationships,” Parker said. “All of us being so young is something that’s special and something I’m looking forward to. We get a chance to play off each other.

“I’ve played with vets where it was like a one-sided relationship and I had to listen. It’s different because we can pick each other’s brains because we’re growing.

“You can’t go anywhere but up because we’re so young. A lot of us haven’t established an identity; we just have a lot of hype. It’s up to us to make that situation good.”

They may have legal weed, but Las Vegas Oddsmakers are not high on the Bulls this season.
The odds for each NBA team’s win totals for the 2018-19 season have been released. It’s safe to say the Chicago Bulls are being heavily underestimated.

Per Jeff Sherman of the Westgate Las Vegas Superbook, the Chicago Bulls over/under for wins for the 2018-19 NBA season is 27.5. In other words, the Bulls are projected to be NO BETTER than last year, when they were actually TRYING to tank.

To make things worse, ESPN recently delivered the same dark prediction for the Bulls, exclaiming that they won’t even make the playoffs.

Where can I place that bet on the over for Bulls wins? This is the best bet I’ve ever seen!

The Finnisher is Back!
Lauri returns to Chicago all pumped up and worked out. He’s been getting it in and it shows! Looking forward to seeing how he improves this year. He did a ton of stuff playing for the Finland national team over the summer, clearly looking like the best guy on the floor in every single game he played. He’s back home in Chicago with his wife and new child. And clearly, he picked up his workouts right where he left off. #SAVAGELIFE!

NBA Schedule – BULLS
MEXICO CITY
It’s been announced that the Bulls will be playing the Orlando Magic in Mexico City on Dec.13th. The Bulls have previously played in Brazil and China. Not sure how this one will go over, as the NBA is clearly trying to branch out and gain popularity on an international level.

SEASON OPENER
The NBA has announced some of the key dates on the 2018-19 schedule, including the opening week national TV games, Christmas games and Martin Luther King Jr. Day national TV games. The Bulls will be on national TV to open the season, with a TNT date on tap against the 76ers on Oct. 18 at 7 p.m. CT.

While the Bulls will return to TNT after a year hiatus, the #TNTBulls technically aren’t back because their ridiculous winning streak is only a home streak. Still, this will be a fun way to tip off what’s hopefully a more enjoyable Bulls campaign. Joel Embiid, Ben Simmons and the Sixers are one of the East powerhouses, so the Bulls will be tested right out of the gate.

Help Us On Social Media!
Remember, we are a new show and we do need your support in social media. We’ve made it really easy to find us with some special redirect links.

Player Evaluations – Chicago Bulls Centers
Last show we started to evaluate the team player by player. As you recall in the last episode, we covered all of the guards. We had a lot of feedback and comments based on our evaluations, which is exactly what we want to hear from you all out there. This week we’re going to evaluate our centers.

Omer Asik #3 – Center (Salary:$11,286,516)
Omer Asik is a 7 footer that was originally drafted in 2010 by the Bulls and was part of the Bench Mob that we all loved. He played for us for a few seasons and signed a huge contract with Houston, where he became a starter and surprisingly led the whole league in rebounds in the 2012-2013 season. In 2014 he was traded to the Pelicans, where he finished out the season and then re-signed with the Pelicans on a five-year, $60 million contract. His signing was panned by experts; Sports Illustrated gave the contract an initial “D” rating. Asik's contract was repeatedly criticized in the media, including RealGM calling the deal the least tradeable contract in the NBA.

He was limited to only 31 games in 2016–17 due to a bacterial infection that was later diagnosed as Crohn's disease, he then missed eight months with the illness and lost 30 pounds as a result. Then the whole Niko Mirotic trade drama happened as a result of a Bobby Portis right hook and Asik once again found his way back in Chicago via trade.

Back in the bench mob days, he was originally dubbed “The Turkish Hammer” and “Asik and Destroy” by Bulls commentator Stacey King. But since he's been back with the Bulls, it's been mainly “Asik a spot to sit on the bench and watch the game”. In his time with the Bulls last year, Omer played in only 4 games for a total of 15 minutes played during the entire season. It's hard to determine where Omer will fit into the lineup next year. It’s obvious that he’s just riding out the last year of his contract and collecting a paycheck. But will he surprise us with something this year?

Cristiano Felicio #6 – Center (Salary:$8,740,980)
‘The Ringer’ called Cristiano Felicio the ‘most valuable tanker in the league’. Felicio hasn’t played well with a single teammate who he’s shared the court with across a decent sized sample size. The big worry with Felicio is that he hasn’t built on the skills he showed the last few years when he thrived in the niche role of a rim-rolling big man who was athletic enough to defend the perimeter on defense.

He also doesn’t exactly fit the profile of an ideal modern NBA big man either. His shooting range doesn’t extend out to the 3-point line and he doesn’t shoot it from the mid-range distance enough for defenders really to respect that part of his game (about 14 percent of his shot attempts come from 10 feet from the basket up to the 3-point line).

Felicio also doesn’t do much to protect the basket (0.2 blocks per game last season). The fancy footwork and lateral quickness that made him a solid perimeter defender completely vanished in long stretches last season. What will it take for Felicio to become a productive player and be what the Bulls are paying him for? At this point, he’s just as untradable as Omer Asik. The thing is, while I’m seeing the Instagram and Social feeds of lots of other Bulls players bulking up and hitting the gym, I see Felicio just livin’ the life, being a wealthy celebrity in Brazil during the offseason. Not one mention, image or video of Christiano putting in the work.

Robin Lopez #3 – Center (Salary:$14,357,750)
The one guy I have zero beef with on this team is Robin Lopez. Robin came to us via the Derrick Rose trade to the Knicks. Once Robin left, that left the Knicks without a Center, which then brought Joakim Noah to the Knicks as well.

He’s a team leader and a super high IQ guy, coming out of Stanford. Basketball is in his DNA, with his brother Brook now playing for our neighbors to the north, the Milwaukee Bucks.

Recently he was at summer league in Vegas talking about what it was like to play with Lauri Markkanen and what his ceiling would be. …….. (CLIP)

It really seems like Robin in a really great person to have on the team right now as the senior on board to help the young guys find their role and accentuate their skills as a player. He’s on the last year of his deal, but it’s doubtful that the Bulls move him, given the lack of production from either of the other two centers.

Next week we’ll be joined by the one and only See Red Fred from Chicago Bullseye!

I am now providing on-demand consultation and coaching using a pay-per-minute online service.

I'd like to hear from you! Have a question about technology, marketing or WordPress? Let me know how I can help!

Learn how to Plan, Develop, Launch and Promote your own successful Membership Site.

We've been building Successful WordPress Websites for Over a Decade!